Pressed glass is formed by putting molten glass in a metal mould and then pressing it with a metal plunger to form the inside shape.

The interior shape may be different from the exterior. Pressed glass is usually fire-polished to eliminate possible mould marks. For this purpose, the surface is melted a little. Since the 1950s, special polishing machines have been used but until then each object was attached to a special kind of pontil and polished in a furnace. The pontil mark was then cut smooth with a grinder.

An example of this technique is the Kastehelmi (Dewdrop) plate designed in 1964 by Oiva Toikka (1931 – 2019) for the Finnish glassworks Nuutajärvi. Toikka’s intention was to replace the trivial ring at the base of a plate with rows of small hemispheres. Given its success, a series was then produced between 1968 and 1969.

Toikka, a promising young Finnish glass designer, worked at the Nuutajärvi glassworks from 1963 to 1996. In the 1960s, the Finnish glass industry experienced a period of relative economic success and the most popular products at Nuutajärvi were two collections designed by Toikka, Kastehelmi, in pressed glass, from 1964, and Flora, in mould blown glass from 1966. 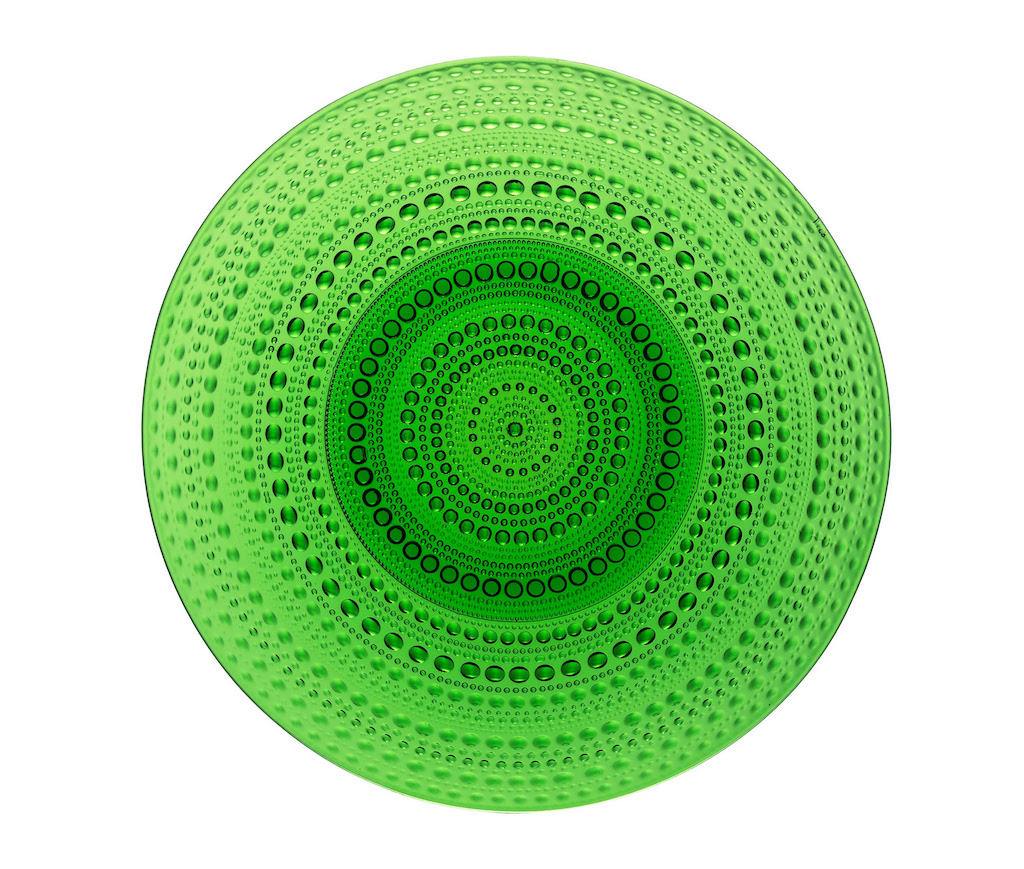