This is an extremely ancient technique developed in Alexandrian and Roman times (1st century B.C. – 1st century A.D.) that was rediscovered by the Venetians at the end of the 15th century and revived by them in the second half of the 1800s (around 1870).

From the early 1950s, Paolo Venini proposed a singular reinterpretation of murrine glass, which he used to enliven a charming series of glass pieces. The first one, dating from 1953, used murrine of a type called ‘a dame’ (which means “chequered” in the Venetian dialect), with a two-colored motif with alternating squares. The production of this technique consisted in placing the murrine (transversal sections of canes prepared beforehand) over a metal plate covered in clay. Placed repeatedly in the oven at about 700 degrees, the murrine fused under the effect of the heat, forming a glass sheet. This was then closed up in the form of a cylinder to be blown and hot-modelled in order to produce pieces in a great variety of shapes. 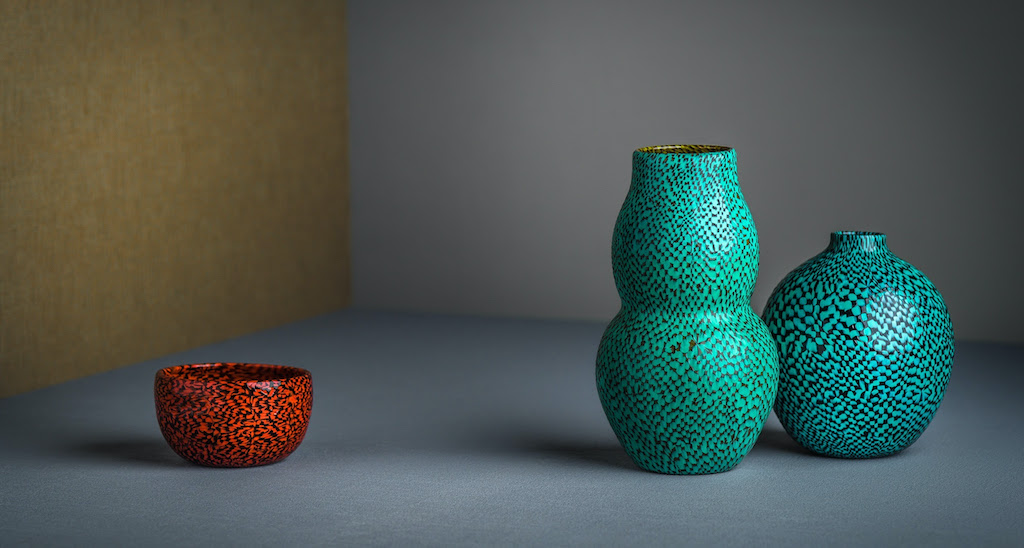