Made with fragments of glass (tesserae and/or rod sections) of different colours placed side by side and fused together, mosaic glass has been in use since the 19th century.

Among the most evocative artefacts designed by Bianconi for Venini are those featuring glass tesserae. A first example of pezzato (patchwork) glass, where the tesserae themselves form the wall of the piece, was exhibited at the 25th Venice Biennale, in 1950. To produce these pezzati, the tesserae, obtained from a cane flattened into a tape and cold-cut, were arranged in a mosaic pattern on a fire stone. Once in the oven, the effect of the heat welded the tesserae together, forming a glass pattern, which was then enclosed in a cylinder to be blown and hot-modelled into the designed form. For the pezzati Bianconi generally opted for unusual forms with flattened cross-sections, which were particularly irregular and were characterised by soft lines, sometimes interrupted by constrictions and protrusions. Most of the pieces in the series are in transparent glass, but there are also examples with opaque tesserae made out of canes with a lattimo nucleus. 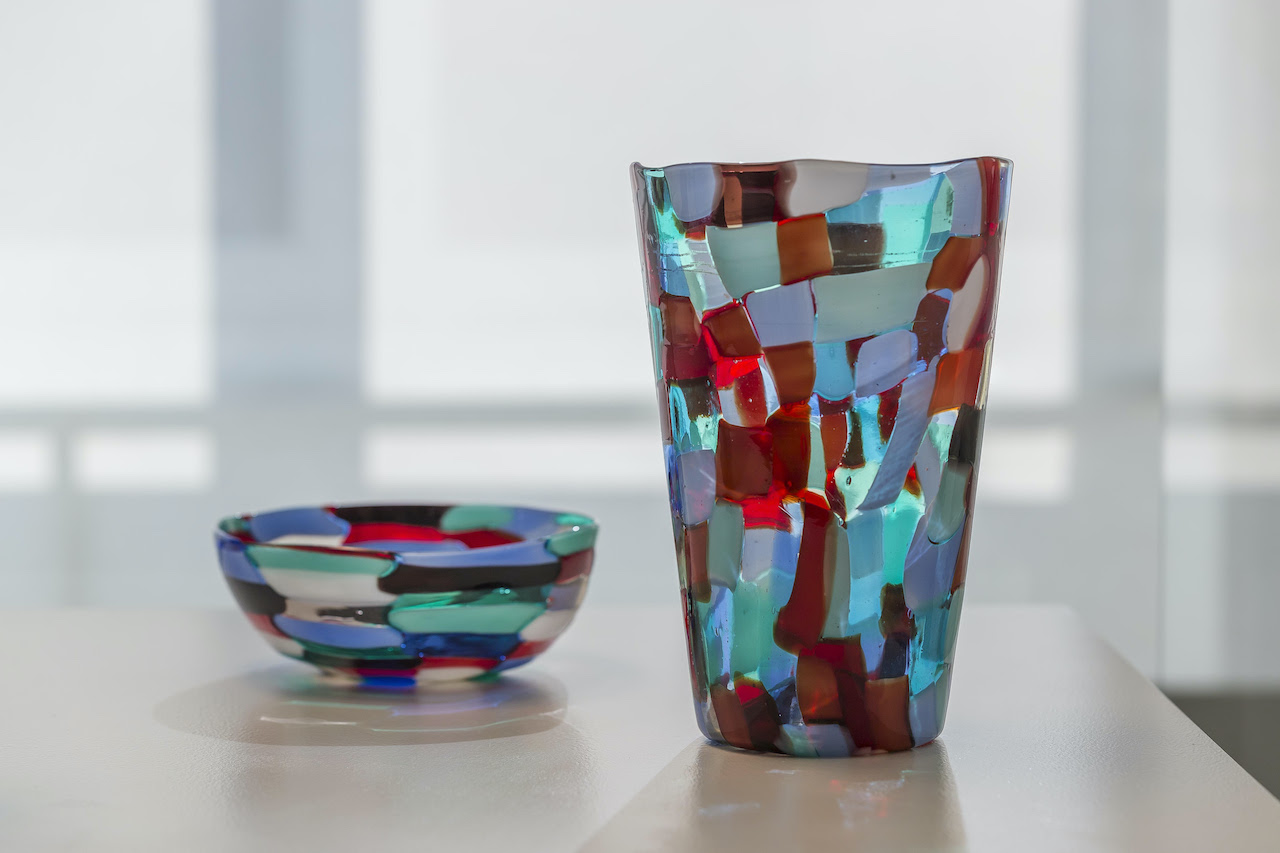