Iridizing is an effect created when a very thin metallic film is deposited on the surface of an object, by evaporation of metallic oxide (tin or other metals), on which light then reflects in an irregular way.

This technique saw its maximum development in the second half of the 1800s when, with the purpose of developing techniques to imitate archaeological finds, in particular reproducing surface deterioration undergone by glass over time. It was Antonio Salviati, around 1880, who introduced this iridizing procedure in Murano, that had for some time already been applied to glass in other countries. Glass thus produced was called ‘metalliforme’. Iridizing is a finishing technique, which Carlo Scarpa frequently used to varying degrees to give distinguishing features to many glass items he designed for Venini, lending them a particular appearance by exposing them to tin or titanium fumes. In 1940, Venini showcased some glass works produced using this technique at the 7th Milan Triennale and the 22nd Venice Biennale. Iridizing was the particular feature of such “lead-like glass pieces, which resemble the solidity of metal” (E. Motta, 1940), which were generally produced by superimposing various layers of coloured glass. 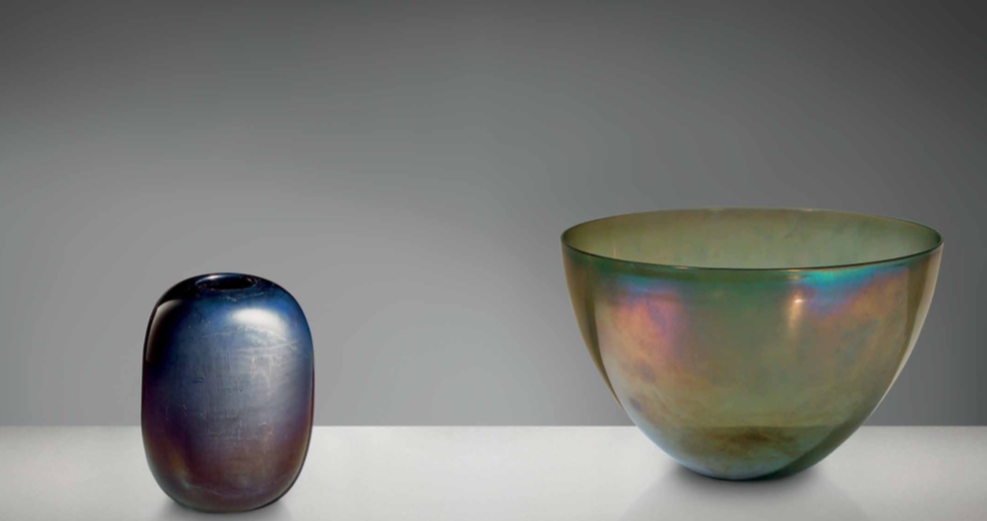