A refined decorative technique, conceived by Venetian glassmakers between the end of the fifteenth and the first half of the sixteenth century to decorate crystal glass blown objects, when hot. It involves the use of crystal glass rods with opaque glass (lattimo) or colored glass wires inside.

The decoration with parallel rods, with a straight inner thread, is called ‘half filigree’. The ‘half filigree’ is an ancient technique, already in use during the sixteenth century, which Carlo Scarpa used to design a series of refined vases, which were presented at the Venice Biennale in 1934. During the manufacturing process the rods are fire-joined in an oven at about 700 degrees Centigrade so that they adhere to each other. The resulting slab is then collected and closed to form a cylinder which is blown and modeled by the glass master to obtain the desired design. 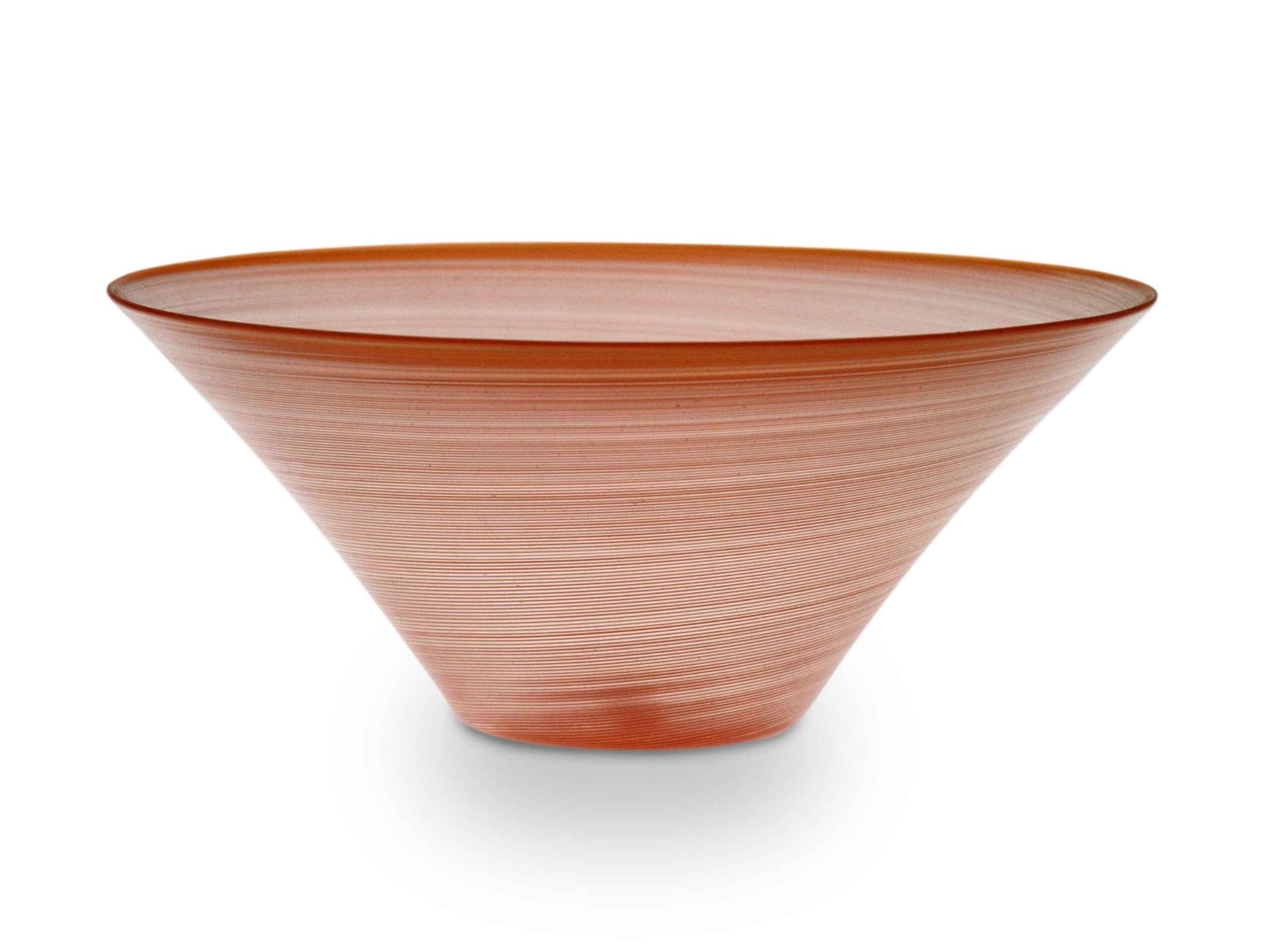