This Ancient Roman technique of decorating glass with enamel, already enhanced to a high level of perfection by the Syrians, was inherited by the Venetians, who indirectly passed it on to the Spanish and the Germans.

This decorative practice, which reached Murano between the end of the 13th and the first half of the 14th century, developed in an exceptional way after the mid 15th century and again in the 18th century, and was later revived once more in the second half of the 19th century.

In France, Maurice Marinot (1892-1960) began by decorating transparent glass works purposely created to suit his enamel glazing. Even if these contained defects, such as suspended bubbles (verre malfin), he incorporated them into the design, thus emphasizing the uniqueness of the object.

Enamel decoration is done by painting with a mixture of coloured metallic oxides, powdered coloured glass and oily substances to facilitate its application with a brush onto the surface of glass made beforehand. In order to fix the coloured enamel to the glass, the painted object is taken back to the oven at a temperature of about 800-900°C. Nowadays, the object is placed inside a small second-baking oven (muffola), and subjected to a heating cycle of up to 500°C. 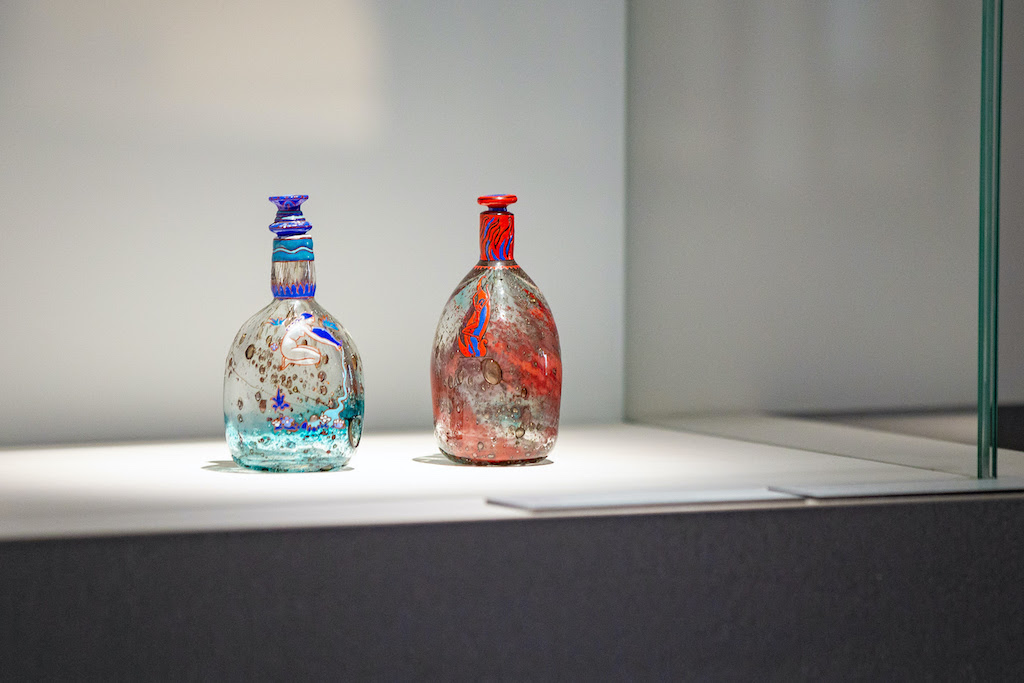