The exhibition reconstructs Carlo Scarpa’s creative development as artistic director of the Venini Glassworks from 1932 to 1947. It is organised around a selection of over 300 works. Some works are shown for the first time and many are from major international public and private collections.

The works displayed in “Carlo Scarpa. Venini 1932 – 1947” are divided into approximately 30 types that vary according to technique and glass textures. The material on show also includes prototypes, one-offs, original drawings and designs, as well as period photographs and archive documents.

The exhibition explores the significance and importance of Carlo Scarpa’s glass designs in his overall work. During his Murano period, Scarpa further developed his interests in experimentation and craftsmanship and the show thus provides a unique opportunity to compare his work as a glass and furniture designer with his architectural work. In 1932, Carlo Scarpa began working with the Venini Glassworks. He was to design some remarkable glass items for the company up until 1947. His work involved continuous research into materials, colours and techniques, which he adopted in a personal way to reinterpret old traditions, together with the master glassblowers, to invent new working techniques.

In the early years he designed a series of glass items called “a bollicine” (bubbles), “a mezza filigrana” (half-filigree) – and “sommersi” (overlaid); the latter series was shown at the Venice Biennale in 1934. In the Biennale and the 6th Milan Triennial in 1936 some elegant “lattimi” (milk-white) and “murrine romane” (“Roman” murrines), created in collaboration with Paolo Venini, were shown with some typically rough “corrosi” (acid-etched) works. At the 1938 Biennale, Scarpa diversified his exhibited pieces by showing both vases and everyday objects. Meanwhile, the Venini showroom displayed objects described as being “a puntini” (dotted), “a fasce” (with bands) and “rigati” (striped). They paved the way to the colourful “tessuto” (woven) series shown at the next Biennale.

The year 1940 was a significant one for the Murano glassworks: at the Milan and Venice exhibitions the company showed a representative collection of glass objects designed by Scarpa. Some only had a limited production, due to both technical difficulties and high costs. This was the case with the works “laccati neri e rossi” (black and red lacquered) and “granulari” (granulated) and “incise” (incised). Other works, however, such as “cinesi” (Chinese), which echoed forms of Eastern porcelain, or “battuti” (hand-ground) and “tessuto” (woven) series, were produced in larger numbers. Of the 1940 works, the series of “murrine opache” (opaque murrines), with their milled and polished surfaces, stood out for their refined textures. The 1942 Biennale was the last one in which Scarpa took part as a glass designer. After the Second World War, Carlo Scarpa ended his collaboration with Venini to become a full-time architect. 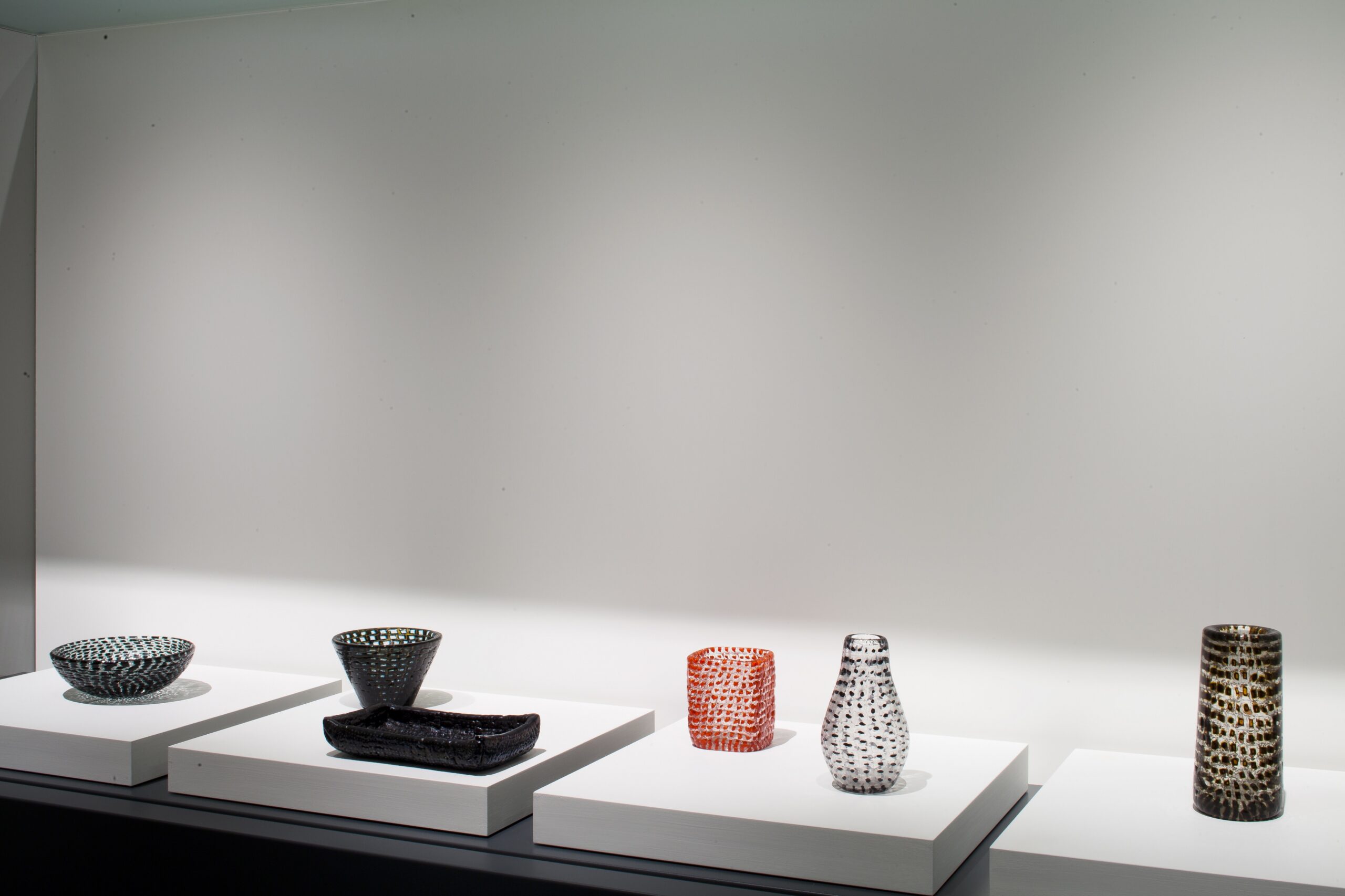 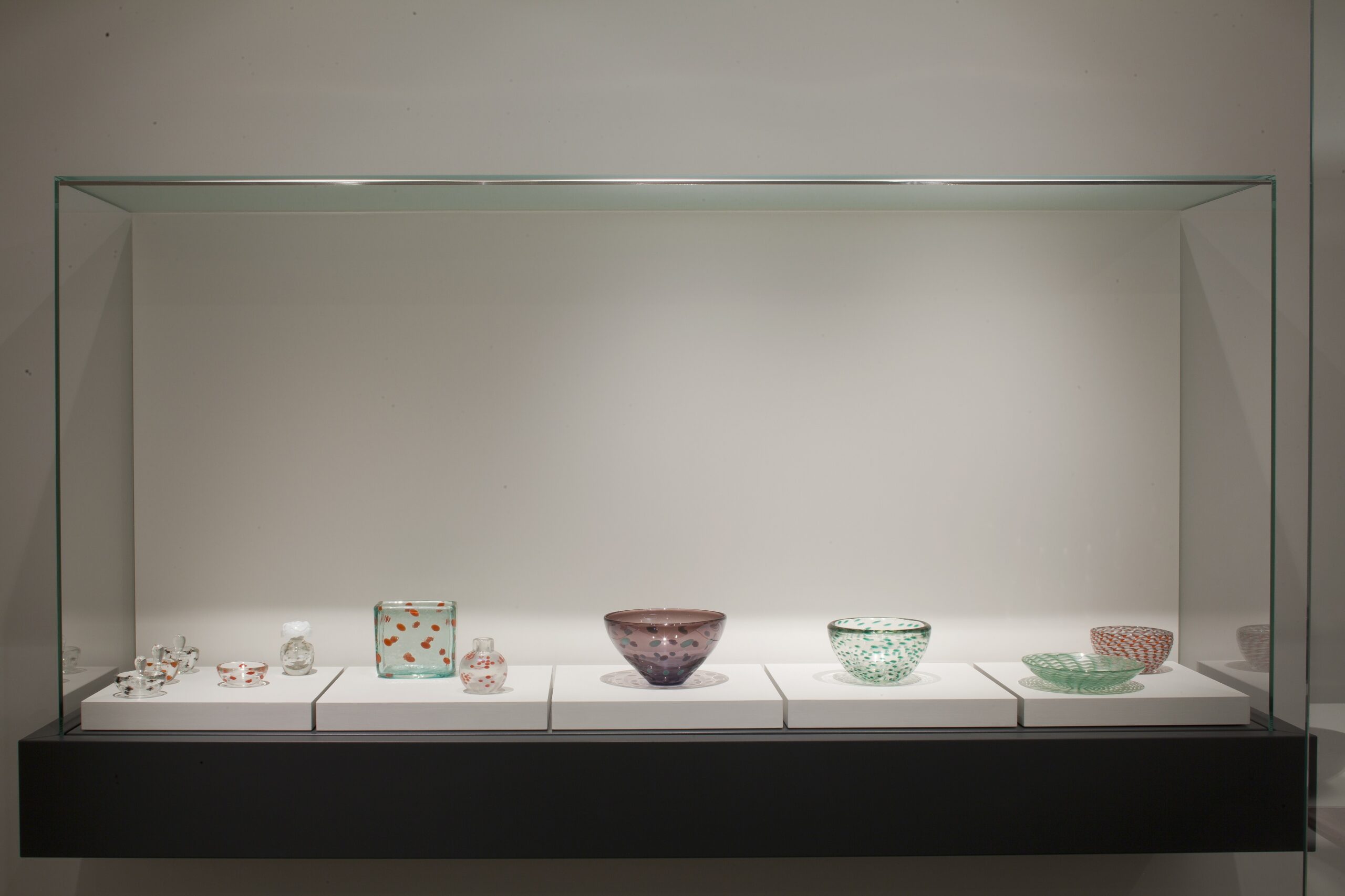 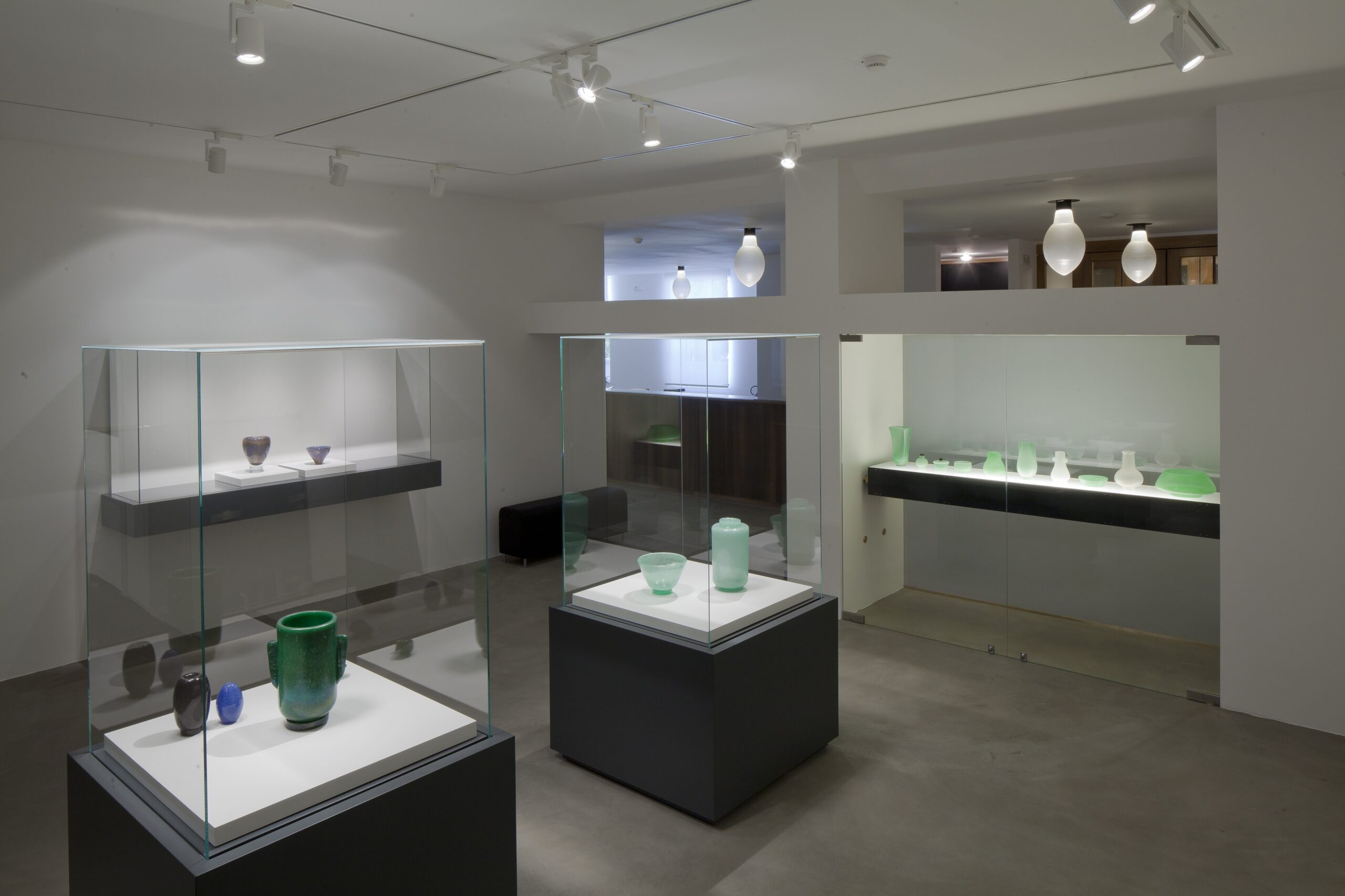 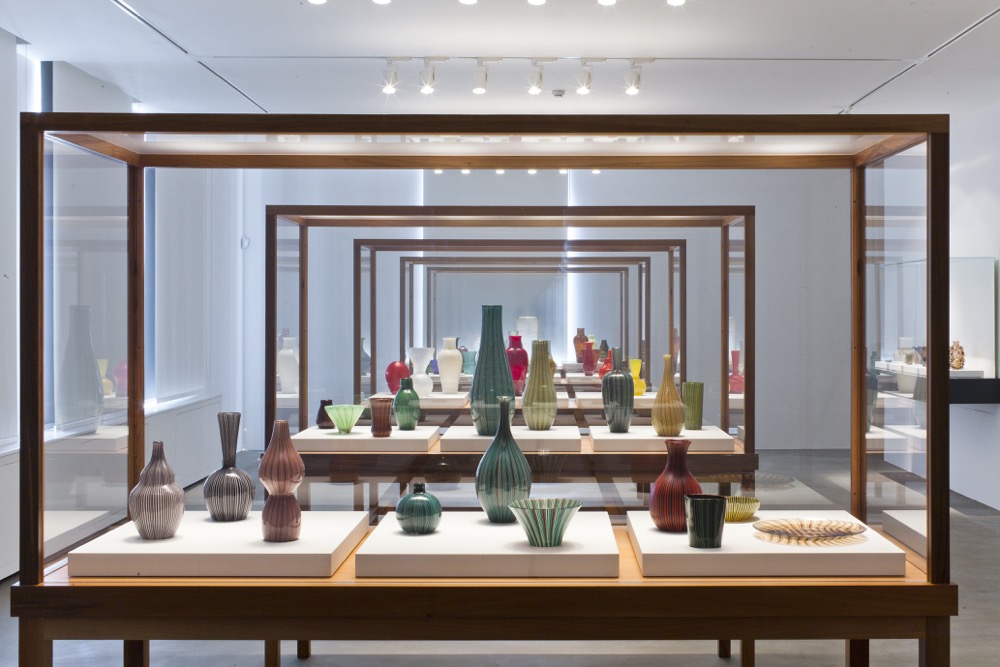